Of course, the number of species is always fluctuating. Not a week goes by without my deleting, adding, or changing a species name from the (so far) 461 observations I logged with iNaturalist.org.

It's been a good few weeks for mollusks, with 59 species so far!!!!

An outstanding mollusk seen since the last blog post is the orange peel nudibranch, Tochuina tetraquetra:


The day after the three-toed woodpecker, we saw hundreds of harbor porpoises. Usually if we see a lot of porpoises in Southeast, they are Dall's porpoises. Yes - the black dots in the background are also porpoises!


There were also some good news in the tunicate side of things. So far I have seen 16 species of tunicates, including two species I hadn't found before (Styela yakutatensis and Didemnum albidum), and two specimens of this amazing parasitic flatworm inside the solitary ascidian Corella willmeriana (you can see its ventral surface through the tunic of the individual in the left side of the picture):


I also got to 22 mosses and four liverworts, from almost none of either group, mainly thanks to Matt Goff. Matt went on a short walk with me to show me some common mosses, and gave me detailed instructions on how to find a few more species. Also, Kari Sagel loaned me her dissecting microscope for the year, which helps me take diagnostic photos of mosses, such as of this Rhytidiadelphus loreus from Starrigavan Valley:


And thanks to Brooke, too, of course! 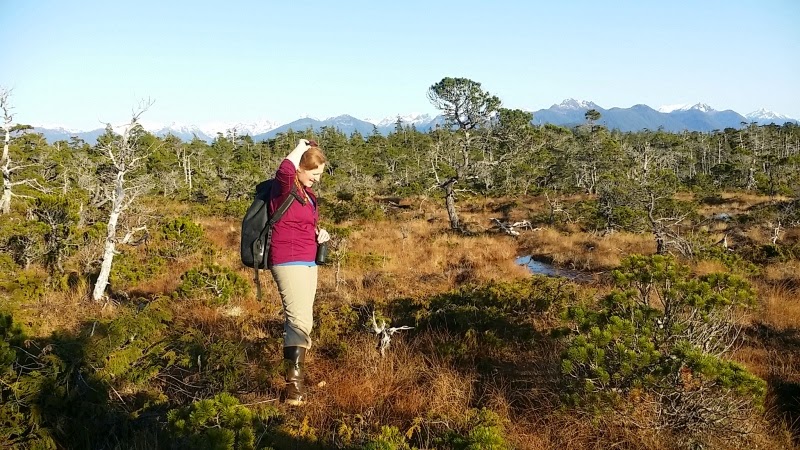 Posted by Paul Norwood at 10:45 PM No comments:

A month and a half in, and one quarter of the way there!

I haven't added many species at all lately, because I was very busy with work and school, and the weather was not great. I still haven't seen a mockingbird, but I did find one of the rare birds that were reported recently: the chipping sparrow.

Since it is still winter, Brooke and me are still snorkeling a lot


Here is another anemone, very common but always pretty, from a Valentine's Day snorkeling trip in Leesofskaia Bay:


For those of you who aren't familiar with the species, it's about the length and width of a person's arm.

I also found a giant nudibranch, Dendronotus iris. I do not see one of those every year.

Otherwise, most of the species I added since January were species that I will probably see again over the course of the year.

One of my echinoderms showed up as a single arm on a fishing hook that had gotten hung up on the bottom. I immediately recognized it as the fish-eating starfish (also known as velcro star) Stylasterias forreri and tossed it into the bait bucket to take a picture later. When I retrieved it from the bait bucket it had attached itself to a couple of bait herring. If a fish is complacent enough to land on its back, this species of starfish is capable of catching it with its dorsal pedicellaria, and eating it. Way to go, echinoderms of Sitka Sound!

Here is the list of echinoderms seen so far this year, as of February 15:

Basically, I will probably end the year with 25 echinoderms, which is very, very good. I now have to look for Eupenctata spp., Cucumaria vegae, Strongylocentrotus purpuratus, Strongylocentrotus pallidus, Solaster dawsoni, Solaster stimpsoni, Orthasterias koehleri, a Chiridota, and perhaps a subtidal surprise on the longline, like a crinoid, sand star, or unusual Solaster. I know people that have found slime stars, Crossasters, and black-spined sea stars here, but I have never found any of those. I will look!

And since we are on the theme of echinoderms, here are a couple more species seen in the past month:

This year I am starting something new to me: to try and find 1,000 different species in southeast Alaska within one year. 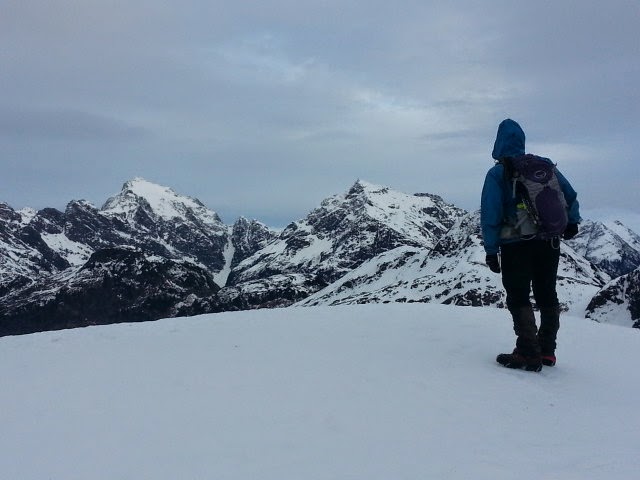 Of course, this is still Alaska in the winter, where some habitats are buried under snow and many species are dormant, gone, or otherwise inaccessible. Thankfully, there isn't much snow and I know a few people who are willing and able to help. First of all, Brooke (above), and also Matt Goff, Kitty LaBounty, Aaron Baldwin (in Juneau), and many other people both online and in real life. 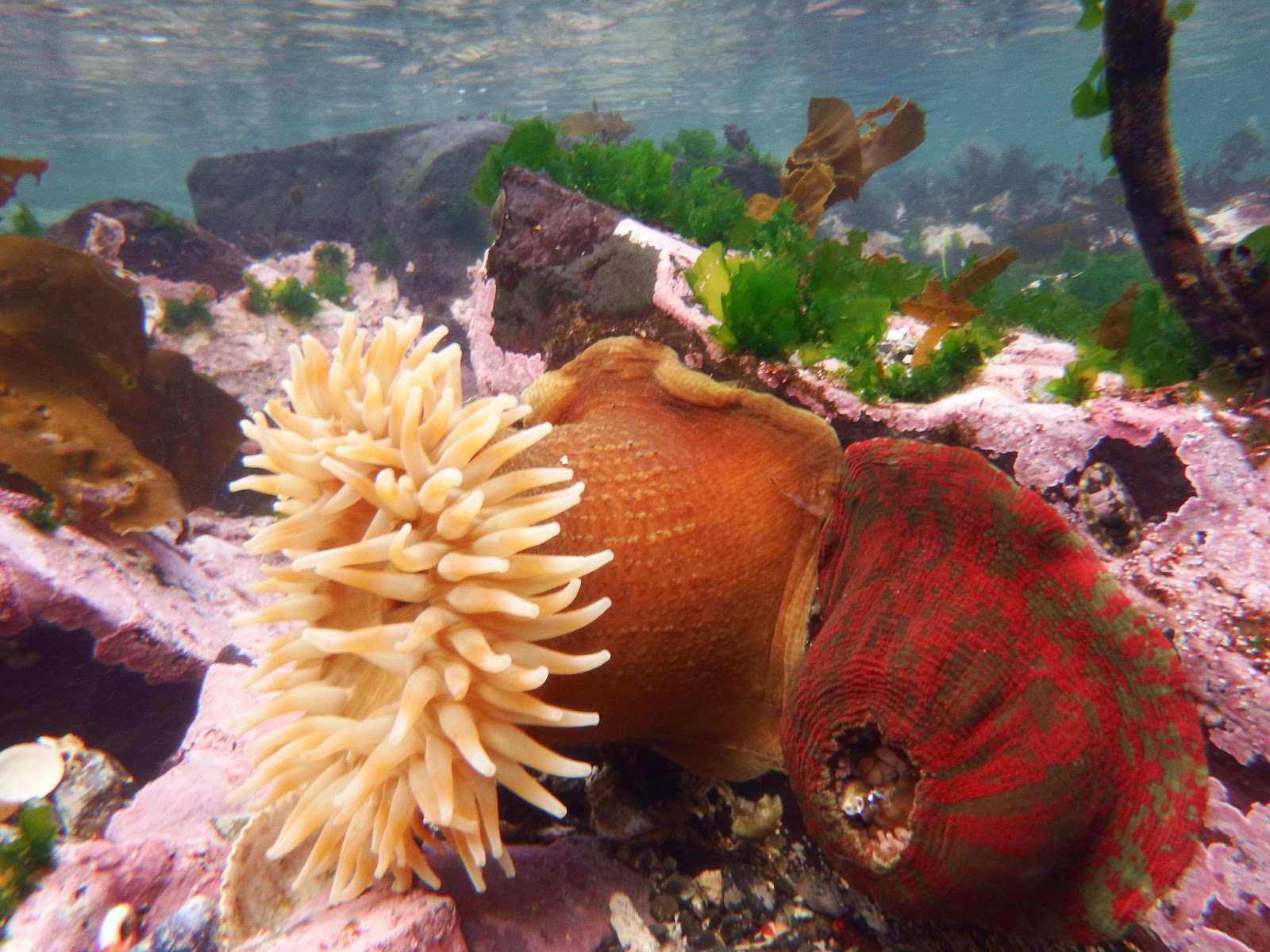 At the very beginning of the year I was still working two jobs so I just counted a few birds at the feeders in the front yard, and at Swan Lake. Then I set up an account with a website that should help me log, identify and report the 1,000 species: http://www.inaturalist.org/

iNaturalist is a useful website because I need a place to put my observations and have others check them, and they need people to upload observations to attain critical mass. So far, they only have about a million observations, which is only a thousand people doing a project like this.

So far, over the first fifteen days I have logged 185 species. The website counts 175 or so, because of some peculiarities of the way in which they count. That's fine. The biggest suprise so far is this: 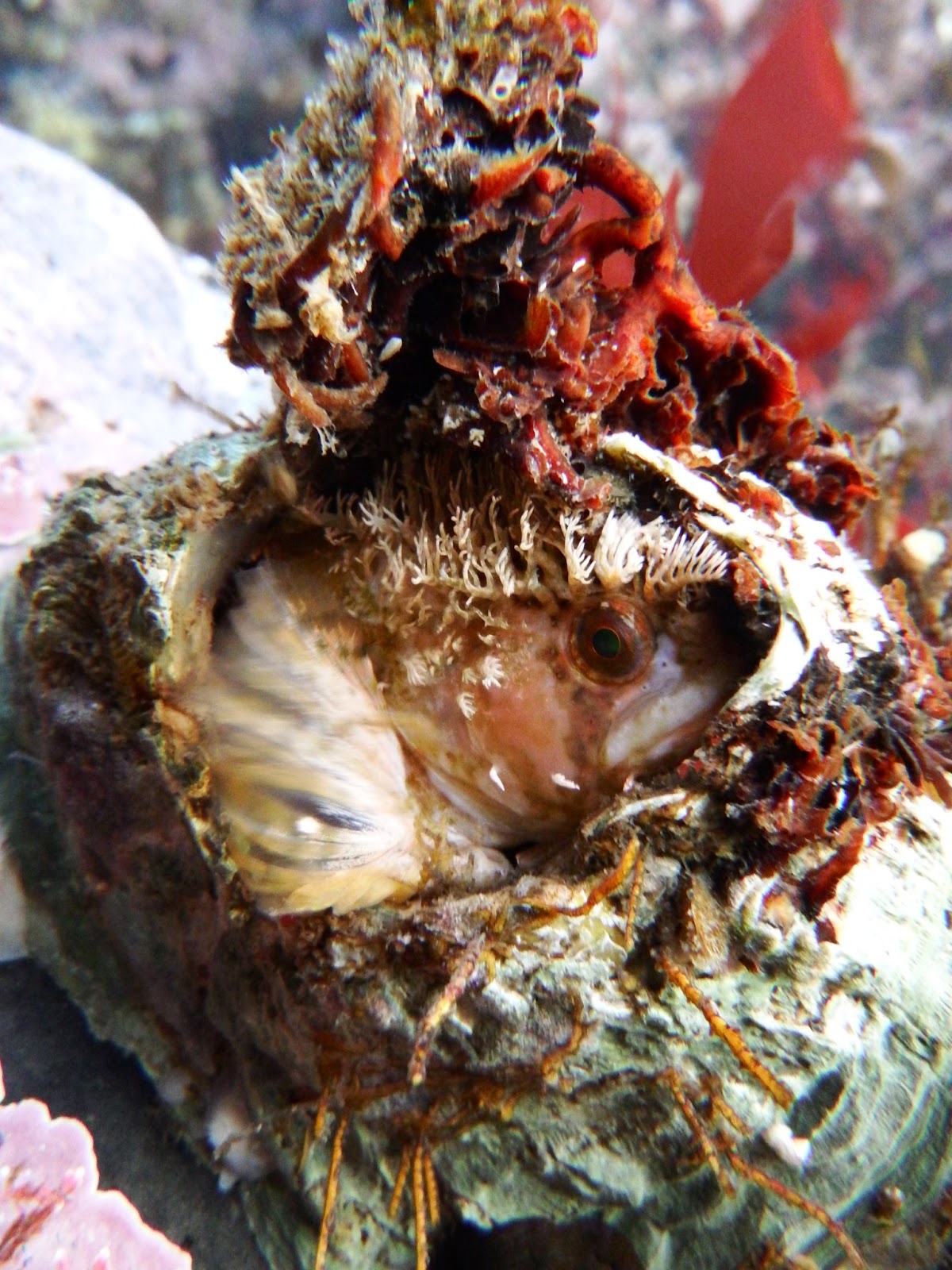 I introduce you to Chirolophis decoratus, the decorated warbonnet, an amazing fish we found snorkeling and I had never, ever seen before. Brooke actually touched it.

I predicted that I would start out with mostly birds, and so far that is mostly accurate. I found 56 birds, mostly abundant species but also a couple of rare ones, such as the American kestrel and American tree sparrow.

A surprise is that I already have seen a large number of the local echinoderms, 11 species in all, out of not very many total (echinoderms are the starfishes, sea cucumbers and sea urchins). I expect to see maybe three more sea cucumbers, one sand dollar, five more starfishes, one more brittle star, two more sea urchins, and a sea lily if I am lucky. That means I am almost halfway through that group, which is rather incredible.

I also found a couple of good nudibranch, including this stunning Tritonia festiva: 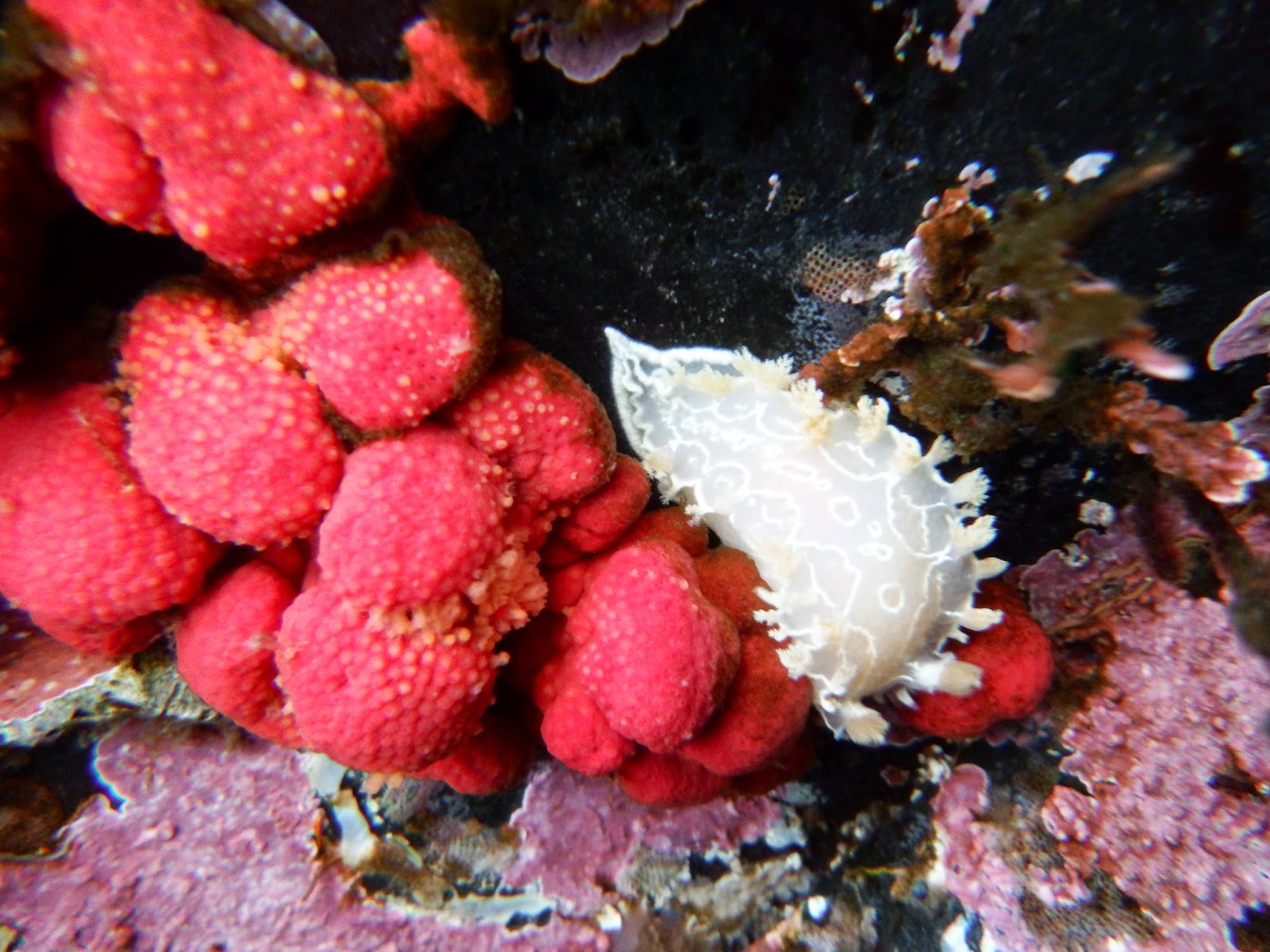 I am also almost halfway through the expected tunicates, which is less surprising since so many of them are most easily found in the harbors and the rare ones are not easily identified without DNA analysis. So far, I have observed six tunicates.

Here is my list so far, only in Latin at this time: